Generating £1.2 billion to the British Exchequer, according to a new Oxford Economics report. That's the equivalent of $6.7 billion in gross domestic product. The Economic Impact of the UK Film Industry underlines the importance of the UK film tax credit. Without the UK film tax relief in place, UK GDP would £1.4 billion a year less. The government spends about £110 million a year on the tax credit, so it’s getting an extra £13 back for every pound spent. 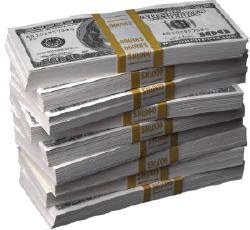 UK Film Council, the Pinewood Shepperton group and post-production companies Framestore, Cinesite and Double Negative all paid for the report, so there’s no surprise it’s so upbeat.

Oxford Economics says that the core film industry – stripping out ancillary businesses such as tourism and merchandising – contributes £1.6 billion in GDP and £445 million towards the public purse. This means that the core UK film business is worth slightly more in GDP than, say, the British computer manufacturing industry. And film is worth three times as much to the local economy as designer fashion.