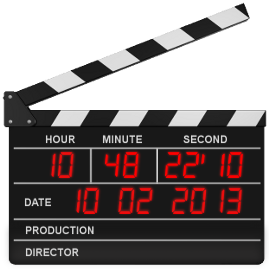 The Independent Mzansi Short Film Festival (IMSFF) is only two weeks away from showcasing over a 100 short films in five days!

IMSFF is taking place from 25 - 29 June 2014 @ the MAXI-Cineplex in the Hatfield Plaza, Pretoria (South Africa) - a mere stone throw away from the Hatfield Gautrain Station.

Nominations in each category will only be announced on Friday 13 June and published on our website.

The festival Programme will be available on their website in PDF (Download) from Thursday 12 June, and also available at the venue @ R2.00 each.

The Gala Awards is only by invitation. Should you wish to attend, you may send a formal request to info@imsff.co.za

Tickets to screening sessions will be available at the venue from R25.00 per session or R70.00 for a day pass.

Friday 27th June
14:15 to 15:50, WRITERS' GUILD OF SOUTH AFRICA presents: Remuneration of Scriptwriters and the exploitation by producers & broadcasters.

There are only 120 seats available per workshop. Avoid disappointment by coming early.

THIS IS YOUR FESTIVAL. BRING YOUR FRIENDS AND FAMILY.