Tough Love Session: "Why can't you sell your screenplay?"

When: Tuesday, 12 August
Where: Straight No Chaser, 79 Buitenkant Street, Cape Town
Time: 18:30 for 19:00 until late
You are encouraged to linger and mingle afterwards.

Experienced and respected producers Dylan Voogt and Vlokkie Gordon will shed light on the types of questions that keep scriptwriters up at night. Questions like:


This tough love session will explore what types of content are currently in demand, what makes a script ‘commercial’ and what a writer can do to increase the chances and avoid their scripts ending up in 'file 13,' a.k.a. the bin. 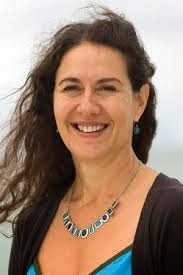 VLOKKIE GORDON is a film producer based in Cape Town, South Africa who worked on two episodes of the international series "Black Sails," among many, many other.

In fact, she has been the Head of Production on countless international projects such Chronicle, Dark Tide and Labyrinth, and line produced / co-produced Mandela – Long Walk to Freedom and the No 1 Ladies Detective Agency, among others.

Recent producing credits include the Afrikaans independent feature films 'Hollywood in my Huis' and 'Die Ontwaking.'

Vlokkie studied at the film school in Pretoria in the early 80’s and there followed a period of internship at Independent Film Centre in Lone Hill where she worked as an assistant picture and sound editor, finally moving into the discipline of on-set sound recording and working on numerous local television dramas and feature films.

Vlokkie moved to Cape Town with her young family and opened a crew agency at a time when Cape Town was moving toward becoming an important center of filmmaking in the country.

She joined David Wicht and Film Afrika when David returned from London in 1995 and together they produced numerous international features and commercials. There followed a brief hiatus during which Vlokkie worked in the film industry in L.A. and travelled extensively through the U.S.A.

She returned to Film Afrika in 2004 and became a partner in 2005. There she continued to produce a number of international feature films, and to play a leading role in marketing in the U.S.A. and Europe and fulfilling an active role as COO and Head of Production within the company.

And in 2013 she started a new venture, Advantage Entertainment that focuses on Producing and raising finance for local and International feature films and TV Series.

DYLAN VOOGT is the co-owner and director of Stage 5 Films and a member of the South African Independent Producers Organization. After a full decade at South Africa’s premiere production facilitation company, Moonlighting Films, Dylan is now applying his producing experience to a carefully selected slate of local and international film projects.

In addition to working on South African feature films, music videos & documentaries, Dylan has worked with many of the Hollywood studios either directly or indirectly in a production service capacity including Universal Pictures, Lionsgate, Malpaso Productions, Warner Bros. Pictures, Rogue Pictures, and Sony Pictures Television. He has also worked with the BBC, Granada, Carnival TV & MTV Europe.

Dylan received his first narrative feature producing credit on Oliver Hermanus’s Skoonheid, the fifth film in South African history to be nominated for the prestigious “Un Certain Regard” category at the 64th Cannes Film Festival and the official selection for South Africa’s Best Foreign film submission to the 2012 Academy Awards. Skoonheid won the Queer Palm award at Cannes and received numerous other international accolades. Dylan was subsequently invited to participate in the 2013 Berlinale Talent Campus.

Recent producing credits include Jolynn Minnaar’s highly anticipated documentary about fracking, Unearthed, which premiered – and won the Green Award – at Sheffield International Documentary Film Festival in July, and the Afrikaans coming-of-age romantic comedy, Hollywood in my Huis, which is currently in post-production. 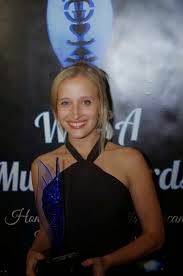 KELSEY EGAN grew up in middle America, where she learned to ride horses and value good weather. She is grateful to Robert Heinlein, Jack London and C.S. Lewis, among many others, for seeing her through the long Wisconsin winters. She attended Vassar College, Lisa Simpson’s “safety school”, and graduated in 2005 with a BA in Neuroscience & Behaviour and a BA in Drama. Her direction of Kate Crackernuts by Sheila Callaghan as her thesis production earned her a Molly Thacher Kazan Memorial Prize for distinction in the theatre arts.

In 2005, Kelsey was cast as “Rachel” in the independent film, Discover Me, which was filmed in Manhattan and received a 2005 Goldie Film Award. Kelsey subsequently increased her set experience on large feature projects such as “I Am Legend”, “Stop-Loss” and “Deception”.

After a brief stint in Beijing where she had the pleasure of Assisting experienced indie produced, Declan Baldwin, Kelsey relocated to South Africa. After four action packed years in Johannesburg, she settled in Cape Town.

Since moving to South Africa, Kelsey has worked on both local and international projects (including Mr. Bones II, District 9, Fury Road and Zulu) and directed various music videos, PSAs and narrative work of her own. Her 26 minute S16mm narrative, "Gargoyle", was nominated for a 2010 South African Film & Television Award for Best Short Film, and selected for screening at 16 International Film Festivals. The film received worldwide distribution from IndieFlix and Shorts International.

In addition to developing original content via her production company, Crave Pictures, Kelsey offers her services as a freelance Director, Producer, Writer and Script Editor. She is a proud council member of the Writer’s Guild of South Africa, and one of her feature scripts was recently awarded ‘Best Spec Script’ at the 2013 Muse Awards.

To secure your booking please pay the required cover charge to our bank:

Please use your name and surname as reference / CT 12/8

And send proof of payment to admin@writersguildsa.org to secure your booking

ABOUT THE WRITERS' GUILD: