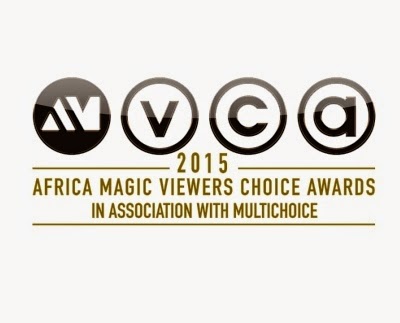 AfricaMagic, in association with MultiChoice and proud sponsors Amstel Malta, is announcing the call to entry for the 2015 edition of the AfricaMagic Viewers’ Choice Awards (AMVCAs), the prestigious initiative that honours film and TV talent across the continent.

A special announcement will be screened on all Africa Magic channels on Wednesday 3 September at 20:00 CAT, when entry for the awards will be officially opened.

The AMVCAs were created to celebrate the contribution of African filmmakers, actors and technicians in the success of the continent’s film and television industry and with the success of the 2013 and 2014 editions, preparations are in top gear for the 2015 edition.

Wangi Mba-Uzoukwu, Regional Director for M-Net (West), said: “We are pleased to announce the call to entry for the 2015 Africa Magic Viewers’ Choice Awards. The African movie and television industry is brimming with exciting talent, and at Africa Magic we contribute to the industry by not only giving these talents the platform to showcase their art and celebrating their achievements, we also encourage them to keep honing their craft.”

This year, a number of awards in different categories will be presented ranging from acting and directing to scriptwriting and cinematography. Other categories will include: editing, make-up, sound, and lighting amongst others.

John Ugbe, Managing Director, MultiChoice Nigeria, expressed his delight at the growing success of the Africa Magic Viewers’ Choice Awards, saying: “There have been two editions of the AMVCAs and so far, the improvement that this award has brought to African film production cannot be ignored. For us as MultiChoice, the success of these awards further showcases our commitment to recognising the amazing skills that exist in this ever-growing industry. Furthermore, our continued investment demonstrates our dedication in helping unearth and celebrate talent in the whole continent. I have much confidence that the next edition in 2015 will leave an even bigger impact on the African film production industry than the previous two.”

Also expressing her excitement for being part of the AMVCAs, Brand Manager, Amstel Malta, Miss Hannatu Ageni-Yusuf said: “As the number one premium Malt brand in Nigeria, Amstel Malta is again pleased to be part of this year’s Africa Magic Viewer’s Choice Awards. It is truly a unique platform which aligns perfectly with the brand’s essence, encouraging and also rewarding young ambitious Africans. Last year on this platform, Amstel Malta launched its new campaign, tagged ‘the journey’. This year, the brand is set to allow consumers to witness the joys of being focused on their goals and even beating their best, while on their journey to success.”

The first edition of the AfricaMagic Viewers’ Choice Awards ceremony took place in Lagos in March, 2013, and was broadcast live to DStv and GOtv audiences across the continent. The event drew big names from across the continent’s TV and film industry and saw the Best Actor and Best Actress in a Drama awards going to Nigerian OC Ukeje and Ghanaian Jackie Appiah, in the respective categories.

Entry for the AMVCAs is free and the closing date for submissions is the 31 October, 2014.
Entries should be sent to:
AfricaMagic Viewers’ Choice Awards, PO Box 2963, Pinegowrie, 2123, South Africa, with attention to the Manager, Local Productions Africa.

They can also log on to www.africamagic.tv  for more details on the submission procedure and requirements.