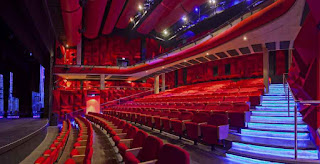 The WGSA Muse Awards, launched by the Writers’ Guild of South Africa (WGSA), is the only award in the country that honours the South African Performance Writer exclusively and allows the local content production industry to celebrate and promote the creativity, quality and writing excellence of local writers.

Entries will be accepted for the 2015 WGSA Muse Awards in eight different script categories:

Unproduced Scripts may be entered in any genre.

A panel of independent judges will be looking for excellence in concept and theme, characterisation, genre, language and style, story and structure, pace, dialogue, and professional format and presentation.

All entries have to be submitted online. The online entry system, competition rules and regulations, FAQ and entry details can be found on the WGSA website.

The WGSA is a registered Non-Profit Organisation (NPO) and a Public Benefit Organisation (PBO and is the only organised industry association in South Africa with the sole purpose of protecting, developing and empowering performance writers in the local film, television, radio, stage, animation and new media (internet – mobile and digital distribution, and gaming) industries.

The WGSA is a key member of SASFED (The South African Screen Federation).