The concept for the Female Only Filmmaker Project is a valuable intervention by the National Film and Video Foundation (NFVF), to provide recent female entrants into the industry, particularly those from historically disadvantaged backgrounds, with an opportunity to make a film in collaboration with other women. 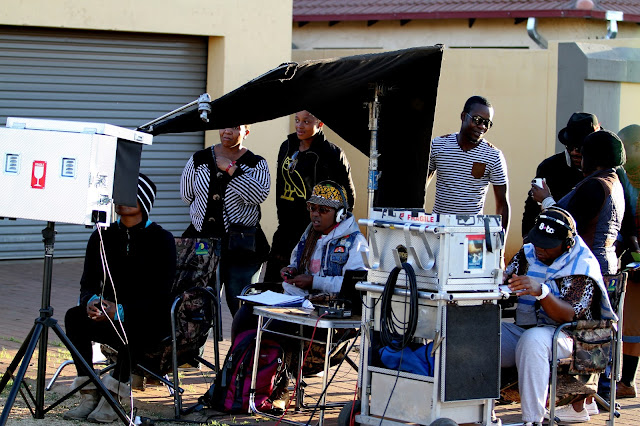 Successful applicants will be guided in the development of their stories into a 20-25-minute script over a period of 5 months.

The 10 selected candidates and their submissions will go through a development process in preparation for the production of the films, which will take place over a 10-week period later in 2016.

The development process will include 3 x 3 day workshops between the month of April, May and June 2016, working with facilitators and mentors, who will work with the writers on developing the script.

Please note that being selected as a writer does not automatically guarantee that you will be selected to direct your script. A pitching process to the NFVF and an industry evaluating committee will be scheduled to select the directors.

Part of the development phase will be dedicated to providing each candidate with the necessary tools to prepare for the Director’s Pitch. These include but not limited to learning how to break down scripts for camera as well as detailed strategies for extracting the best performances from the actors.

The successful projects and teams will then be provided with a professional production crew to shoot their film. A post-production supervisor will be appointed to assist them in the editing and final delivery of the film.

In order for an aspiring filmmaker to be considered for this opportunity, the applicant must meet the following requirements:


Eligible candidates for the project must:

The series of films that will be produced need to be packaged as a cohesive series, and in order to achieve this, we have put forward a theme around which writers can submit their story idea.

In an effort to avoid stereotypical and clichéd themes usually associated with women films, we want to explore current themes that resonate with and explore the values and expectations of modern day African women,

How do women negotiate their position as mothers, wives, daughters, career women and professionals, girls etc. in an ever-changing society? The pressures and expectation imposed by society on women requires them to continuously negotiate and navigate their place and position and within their own personal desires. Therefore the theme “Negotiating Spaces” remains relevant and is what we want to explore in these short films.


These are just some of the themes that can be explored and we believe there is a multitude of stories that can come out of this theme. The ultimate goal is to produce relevant stories that will resonate with audiences today, told from a female perspective and stories that we as a country can recognize ourselves in.

A short Film Format (A Guide):

A short film is not a summarized feature film. A short film should feel complete and not wanting more, nor should it feel like the first installment of more to come. It would be ideal if the short film format is maximized with a strong beginning, middle and end. Often a twist or surprise at the end can be very effective as a strong punctuation of the story being told and this format lends itself to this kind of ending.  A too big idea that works better as a feature becomes too difficult to manage and can detract from a fulfilling learning experience. The resulting product then feels incomplete and flawed. Short films can be powerful and engaging, thought provoking or fun, in short – we are looking for a concise, satisfying viewing experience. This platform offers the ideal opportunity for candidates to be creative and explore storytelling ability in a short film format.

All applications should be able to provide the following documentation in hard copy and in triplicate (3 copies) for consideration:

All applications must be submitted as hard copies to the National Film and Video Foundation offices, by the closing date.
Address: 87 Central Street, Houghton, Johannesburg
Office number: 011 4830880

NB: PLEASE NOTE THAT NO EMAIL ENTRIES WILL BE ACCEPTED.