(For the original article by Athandiwe Saba click here.)

Two years after it was set up to protect artists, the Culture and Creative Industries Federation of South Africa (CCIFSA) has had a complaint lodged against it with the public protector over the alleged misuse of public funds.

Gitanjali Pather, director of the Wits Theatre and an arts activist, confirmed that she had filed the complaint against the regulatory body. Prior to that she had written to the minister of arts and culture asking the federation to account for R5.7-million that was allocated to it by the department in 2014, among other issues.

In total, the federation has landed R10.7-million in taxpayers’ money from the department – and no one seems able to provide any audited financials.

“This is taxpayers’ money and every time I have asked the federation there was no one to tell me what has happened to the funds. They feel like they have no obligation to respond to questions about public funds – instead they have become arrogant,” says Pather.

According to the federation’s website, President Jacob Zuma met artists in 2009 to understand their problems, assist them in organising the sector and to invest in the development and growth of the industry.

But an interim committee that was set up to get the ball rolling allegedly spent the R5.7-million set aside for this purpose on enriching committee members and others in the federation at the time.

The interim committee was meant to set the federation up as a nonprofit organisation – one that would be the voice of the cultural and creative industries, representing about 12 sectors and 45 subsectors.

Prior to Pather lodging her complaint, others had also raised questions regarding the funds. In a statement last year at the federation’s first elective conference, Ismail Mohamed, director of the National Arts Festival, says that in the sector, R5-million was nothing to be sneezed at, and that the newly elected members of the federation would in future control far more than this.

“So the reason for the conniving and backroom jockeying for positions on the new board of CCIFSA committee becomes so much clearer, especially when the interim committee seems to have the balls to convene a general conference without putting the tabling of its audited financial statements on the agenda,” he adds.

In the meantime, the department had set aside a further R5-million for the federation for the 2015 financial year.

The department’s spokesperson, Lisa Combrinck, said that the 2014-2015 funding was allocated to the federation’s interim committee to start the necessary groundwork to establish the organisation. “The key mandate of the [interim committee] included to facilitate the registration of the legal entity, consultation with various stakeholders in the sector and to organise a national conference for election of CCIFSA leadership,” she said.

Sibisi explained to the Mail & Guardian that they had communicated their expenditure to the department and said that they needed time to respond to the allegations of financial misappropriation.

“R5-million is nothing and just paying for 1 000 delegates to eat and sleep was already the full budget we got,” he said.

But Combrinck said that the financials could only be released by CCIFSA. The current president of the federation, actor Tony Kgoroge, and members of the interim committee did not respond to questions sent to them on Monday regarding the millions given to the federation.

It has also been alleged that the federation’s inaugural elective conference in Mangaung last year – which was marred by chaos and internal fighting – was organised by one of its members, actor Mpho J Molepo, using funds from the R5-million allocated to it, instead of putting it out to tender.

Emails confirm this, with one email adding that: “Mpho Molepo is experienced in running conferences and I am wondering if we should not expand his scope of work in the conference directorate to include project management of the conference?”

When asked about his event management services for the CCIFSA, Molepo referred all questions to the federation.

It has also been alleged that part of the funds was spent on legal services rendered by a law firm owned by a committee member.

Molepo did say that the law firm was appointed by the department. “They were recommended by the ministry and the committee took up that recommendation,” he said.

Sibisi insists that these accusations are “baseless”.

“You must be careful about fighting other people’s battles,” he said.

Combrinck added that, according to their memorandum with the federation, it must maintain efficient and transparent systems of financial management and internal audit controls and should only use the department’s budget exclusively for the purposes of the project.

Tony Kgoroge sent responses to questions after 4pm stating that CCIFSA was not able to go to the first conference last year with audited financial statements because expenses were still being incurred.

Yet DAC’s spokesperson said that they are not the owners of such a documents and CCIFSA should make it available.

Kgoroge added that all the service providers were appointed following procurement guidelines which were established by the interim committee and the processes were transparent.

“All the appointments were duly approved by the interim committee based on the following:


Neither the department of arts and culture nor CCIFSA has provided the audited financials of 2014/15.

SASFED Editor's note: Interim Committee not to be confused with the CCIFSA Leadership?

SABC COO invites all producers to meeting about local content 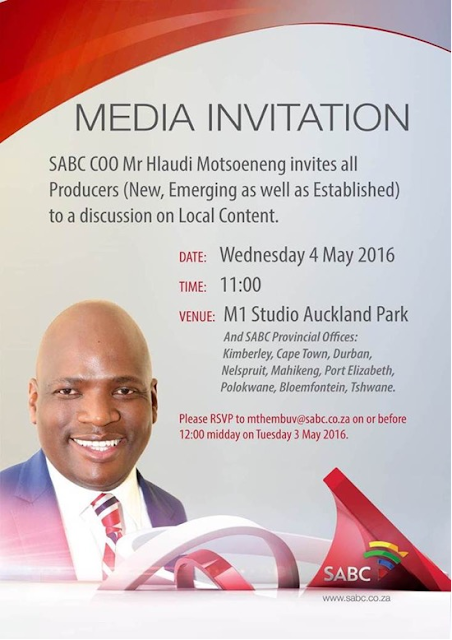 Play narrative-driven story games written by emerging and established storytellers. Find yourself hurtling through space and time, stealthily creeping through back alleys in Victorian London, evading capture or saving your shipmates from an unexpected attack. Story games - creating living, breathing and interactive worlds.

One More Story Games is thrilled to announce that we're working with #1 New York Times best-selling author Charlaine Harris (best known for her Sookie Stackhouse novels that were adapted into HBO'S True Blood & has sold over 36 million novels!) to adapt the first of her Lily Bard novels, Shakespeare's Landlord, into an interactive story game. Want to be an early tester, follow the behind the scenes development of the game? Be sure to sign up to the separate email list at www.lilybard.com.

Second, we launched a brand new One More Story Games website to showcase the games we've published to date. In the coming weeks, a separate website for StoryStylus (our game publishing software) will be launched shortly. You'll be asked in future emails if you want to a) only receive gaming-related news, b) only receive writing-related news or if you want both. We'd love to know what you think of our new website!

Third, we're going to be pitching our software to the Canadian Dragons' Den show on CBC. For our American friends, that's like Shark Tank. You can help us WOW them by playing a game this month!


For all the games currently running or starting visit our website: https://onemorestorygames.com/

Introduction to Scriptwriting workshop in Soweto: Call for Applications

FREE workshop series in Soweto!
PLUS the top 20 achievers, will receive sponsorship to attend the Peter Russell, all the way from LA, "Secret Patterns of Writing for Different Genres" workshop on 14 and 15 May in Johannesburg (worth over R3,000 per person!)

The Writers’ Guild of South Africa (WGSA) in collaboration with Gauteng Film Commission and the City of Johannesburg Library and Information Services, will be hosting its first series of workshops in Soweto at the Pimville Library, 11624 Modjadji Street, Pimville, Soweto, Johannesburg West.

Friday, 22 April 2016 from 13h00 to 17h00
The Performance Writer
An introduction to the most important tool of the writing process; the writer – the craft, the WGSA, the business, and the industry.

Saturday, 23 April 2016 from 9h00 to 17h00
The Script
An introduction to the process of developing an idea into script including script formatting and software.

Saturday, 7 May 2016 from 9h00 to 17h00
Story Elements Part II:
An introduction to Character, Backstory, Dialogue, and Exposition.

Terms and Conditions:
The course is FREE of charge but there is limited space available.
Should your application be accepted, you will need to complete the entire course (attend all sessions).

How to Apply:
The application form can be obtained from admin@writersguildsa.org
Don't hesitate! The closing date for applications is 12h00 on 15 April 2016

The workshop is a good launching pad to instantly create new film producers in South Africa. These individuals will be given all the necessary tools required for them to tell stories impacting their communities and the world and ultimately earn a living while at it.

Real case studies and existing (up-to-date) information on various funding schemes is given to workshop attendees, clearing the myths and confusion surrounding producing.

The 2 day workshops will take place over a weekend in Rustenburg (100 kms from Pretoria) to accommodate working attendees on 21 and 22 May 2016.

Costs:
The workshop costs R1,995.00 per delegate. For group discounts please contact Sukuma Media via our online contact form or send an email to info@sukumamedia.co.za.

We have access to about 150 ideal candidates for this workshop in Rustenburg, these individuals are from disadvantaged backgrounds and might be unable to pay for themselves so if you are in a position to sponsor a certain number please let us know. 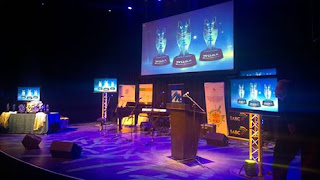 Now in its third year, the WGSA Muse Awards took place on Saturday night, 2 April 2016, at a glamorous and star-studded event at the Soweto Theatre in Jabulani, Soweto. It was attended by leading figures and industry insiders in the South African film and television industry, as well as representatives from headline sponsors, MNET, gold sponsors SABC and NFVF, and our award sponsor, Gauteng Film Commission.

The audience was entertained by Bongani Drama Nomcweya joking about overcoming writer’s block. The entertainment of the evening was the talented duo, Lizanne Breedt and Donnavan Von Der Vaylle, singer and poet, Jessica Mbangeni and her band, and the legendary, Don Laka. 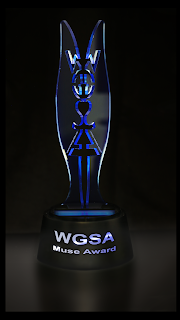 Congratulations to all of the finalists.

The winners in the various categories are:

RADIO DRAMA
Matthew Kalil - In the Line of Duty

A special service award went to the WGSA Muse Awards creator Harriet Meier in acknowledgement of her outstanding service to the WGSA.

WGSA would like to thank all the Muse Awards sponsors for making the ceremony possible and for contributing to the winners’ prizes (estimated at around R10,000 each).

We also wish to thank Selimathunzi for their presence.