The City of Cape Town Film Permitting Office would like to advise of the abovementioned event which will impact on film-related activity in the City and the availability of city streets and locations in the CBD/De Waterkant/Green Point/Sea Point area.

The CBD will be extremely congested and film-related activity may be constrained in areas impacted by the event directly and the Transport Management Plan - see Annexure A
For more information on the above, please contact the CTFPO on Tel: 021 417 0599/2025 email: film.permit@capetown.gov.za

Match in Africa-Roger Federer vs Rafael

ROAD RESTRICTIONS
The roads listed in the below tables will be temporarily closed and/or restricted to vehicular traffic. This will have an impact on traffic flow and motorists are advised to plan their trips accordingly. 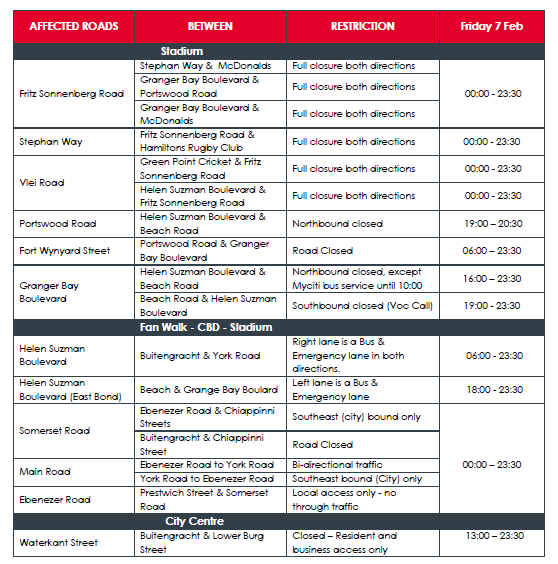 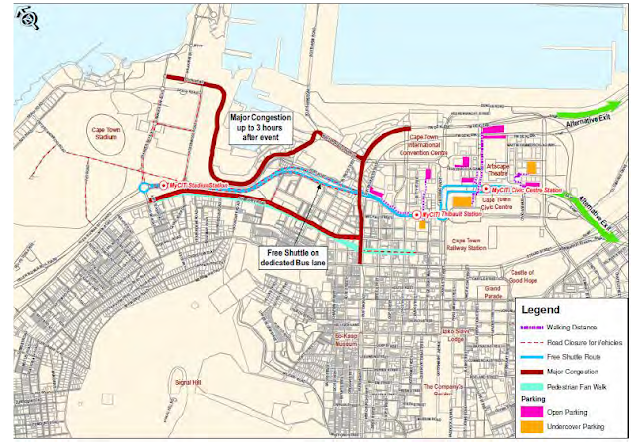