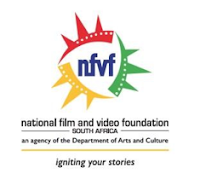 SAFTAs14 Update
16  March 2020
In light of the announcement made by President Ramaphosa and the Government’s strict actions in response to the COVID19 (“Coronavirus”) outbreak, the National Film and Video Foundation (NFVF) would like to inform you that the 14th Annual South African Film and Television Awards (SAFTAs14) will no longer take place at the Sandton Convention Centre on 27 – 28 March 2020.
Further details will be communicated in due course.
-End-
About SAFTAs
The South African Film & Television Awards (SAFTAs) were established by industry representatives and the National Film & Video Foundation (NFVF), as an event that honours, celebrates and promotes the creativity, quality & excellence of the South African film & television talent. They also serve to encourage the development of new talent, fostering a generation of filmmakers united in the collective mission of telling authentic South African stories.

About NFVF
The National Film and Video Foundation (NFVF) is an agency of the Department of Arts and Culture that was created to ensure the equitable growth of South Africa's film and video industry. The NFVF does this by providing funding for the development, production, marketing and distribution of films and also the training and development of filmmakers. In addition, the NFVF commissions research and produces industry statistics that provide both the public and stakeholders with valuable insights into the South African film industry.