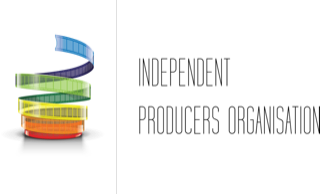 Message to Producers from the IPO

Join us on a drive to free-up library content locked up under license in order to package a globally relevant slate to secure much needed funds for each owner and the industry as a whole.

We are living in unprecedented times, with no clear path or certainty around how quickly it will be possible for the South African production sector to return to pre-COVID levels of activity.

If we stand any chance of coming out of the other side of this with our creative economy still intact, it will require a new out-of-the-box collective thinking not only within the production sector but by society as a whole.

To this effect, the IPO has been working hard to identify sources of financial support for both production companies and individuals who form part of the film & TV industry value chain. From our experience to date, it is not always easy to access government funding even though the IPO working together with SASFED is working hard to find solutions to the bottlenecks.

It therefore falls on all of us to think as laterally as possible in order to generate revenue during this challenging time. To this end, please find below a broad outline of the SOUTH AFRICAN SLATE initiative.

Due to the global shut-down of Film / TV production, we as producers may be limited in our ability to generate revenue from our current slate of projects.

However, as a collective, we do have a deep library of historic content that could possibly be monetised in the current climate. If this content is aggregated, it may be possible to license it as a sizeable slate to international streamers associated platforms and earn much needed revenue for the industry. There is no question that as the world hunkers down, the demand for content is higher than ever, so the interest in an aggregated slate should be high.

Following the above, the Exco is reaching out to members in order to ascertain whether they would be willing to apply any of their content towards the Slate. Further details are provided below.
Slate Objective and mechanics

The objective is not to profiteer, but to rather create an aggregated fund that would be benefit industry as follows:
For example, if the slate generates net revenue of $300k and 15 members contribute their content, $150k would go to the fund for crew / cast and the other $150k would be split into $10k payments to the 15 producers.

The Slate would be represented by a seasoned sales agent (either Indigenous or AAA, or the two working in strategic collaboration with each other) and we would ask that their fee be kept very low. We have had preliminary discussions with Indigenous and they are very keen to be part of this initiative.

There are certainly obstacles / barriers to success of the Slate, not least of which is the untangling of which rights are available for each title that is put forward by the members, and how easy it will be to remove any encumbrances. Indigenous confirmed that they will do legal due diligence on each title in order to ensure that as many titles as possible can form part of the Slate. It may also be necessary to approach lenders / broadcasters / distributors who hold rights and appeal to them to free up such rights for the benefit of the Slate. Sales agents negotiating on behalf of a slate of films with the CEO of local partners, means that we can probably cut through red-tape with greater speed than producers trying to negotiate individually.

In order for the Slate to be as streamlined as possible, the initial thinking is that the Slate will be aimed at the North American SVOD and AVOD markets, as opposed to multiple territories that may already be tied up across many titles within the Slate. That said, we will further explore the most appropriate strategy in consultation with the sales team as a more nuanced multi-territory approach may be appropriate depending on the rights architecture of the slate that is put forward by the producing community, ie, you.
There are also challenges re: delivery requirements, which may be more onerous than historic / traditional requirements.  However, initial discussions with Indigenous suggest that gaps in delivery materials can be plugged for around $600 – $1,000 per title, which can be absorbed within the aggregate license value.

This will certainly be an initiative with heart, as a significant portion of the funds will be allocated to the urgent needs of the freelance community that have mostly fallen between the cracks and are such an important part of the local industry.

The IPO working together with the NFVF and SASFED are in advanced discussions around setting up a fund for the sector which will include Freelancers. All due revenue would flow into this fund to supplement it so will form part of a national effort and be 100% transparent and be available to all industry, regardless if you are a member of the IPO or not.

We therefore feel that this positive spin could allow us to leverage a better deal with the streamers. Furthermore, as opposed to coming to the table with cap in hand and with begging bowl raised, we are putting a different perspective on things – rather than just asking for an industry bail-out, we are doing our part to use existing IP to seek to generate funds through innovation and through leveraging our combined assets.  We are therefore optimistic that streamers and associated platforms will react positively to the offering and that other stakeholders will come to the party as this represents a do-it-yourself entrepreneurial spirit and gives SA producers agency.

We recognise that by contributing their content towards the Slate, producers may be prejudicing themselves. However, it may be that in this particular case, 1 + 1 = 3 i.e. the aggregate value of the Slate could outweigh the benefit of going it alone. We have already informally canvassed some IPO members, and it seems as if the appetite for the slate project exists and a number of projects have already been put forward for consideration, so we are hoping we can easily reach a point of critical mass to make the exercise worthwhile.

We will also explore whether it is possible for the crew / cast contribution to be done through a S18A mechanism, which would trigger tax deductions for Slate Members.

The Slate only makes sense if the number of titles is sufficient. To this, before we take any further steps, please could you revert re the following:
Please email administrator@ipo.org.za and we will respond directly to discuss in more detail, or better yet send details on your projects so we can start assessing interest. Please use SA SLATE as your subject heading.

It is important to note that this initiative is NOT limited to IPO members, and we are willing to review projects from across the board for inclusion into the slate, and the benefits of the proceeds are to be opened up to the entire industry and not only IPO members.  Once we have collated feedback from the members, we will engage stakeholders, sales agents and platforms to assess as to whether the initiative is viable and what we see as the next steps.

Should you have any questions in the interim, we are available to discuss at your convenience.