THE NATIONAL FILM AND VIDEO FOUNDATION (NFVF) CALL FOR DEVELOPMENT AND PRODUCTION FUNDING APPLICATIONS IS OPEN. 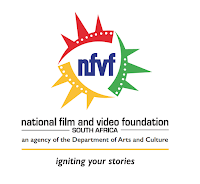 The National Film and Video Foundation (NFVF), is pleased to announce that the call for cycle 2 funding applications for the 2020/21 financial year is now open for the following funding categories:

Tiers 1 & 2: Post-Production: Feature Film – Documentary, Feature Film – Fiction Individuals, companies and organisations may submit funding applications to the NFVF for any of the above funding categories. Specific conditions are applicable for each funding category, and it is important for applicants to take careful note of these conditions before submitting an application.

The NFVF will not open for the following funding categories for this cycle:
Fiction Development (animation, feature films, short films, and TV formats).

Tier 2: Filmmakers with limited experience but who have developed and produced 1-2 theatrical feature films, television fiction, documentaries, 2-3 short films and/or commercials seeking to venture into feature film development and production.

Tier 3: New entrants into the industry, particularly recent film school graduates from historically disadvantaged backgrounds. This intervention is geared towards first time filmmakers having a “calling card” in the film industry. This tier is only eligible for short film funding.

Please note that no late applications will be accepted.