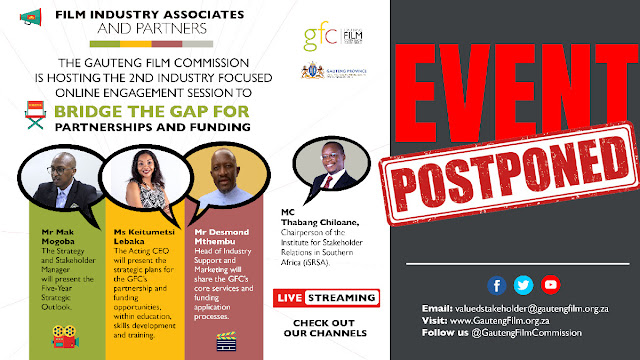 In a partnership that can best be described as aiming for the stars, South African Tourism (SA Tourism) and Netflix, the world’s leading streaming service have agreed to explore joint opportunities that will benefit both organizations to showcase stories made in South Africa, and watched by the world.

The agreement will allow for exploration and collaboration on projects both in South Africa and in key source markets that drive international arrivals to the country.

Since Netflix’s launch in South Africa in 2016, the company has dedicated itself to investing in productions (original and licensed content) that are made in South Africa and bringing these unique and diverse stories to the world. Currently, the service is available to 204 million members in 190 countries around the world and continues to showcase South African culture, fashion, music, art, scenery and languages through stories made in South Africa by local and international creators.

Netflix stories provide a global platform to showcase South Africa to the world through content made in South Africa, to be watched by the world. To date, the streaming service has released a diverse slate of content from South Africa across different genres including; Netflix original series like Queen Sono, Blood & Water, How To Ruin Christmas: The Wedding, Kings of Joburg; films like Seriously Single, Catching Feelings, Santana, Baby Mamas, Keeping up with the Kandasamys and most recently; the Oscar-nominated nature documentary My Octopus Teacher and Netflix’s first original stand-up show, Loyiso Gola’s Unlearning (which premiered this week on 23 March).

Netflix has also brought stories from other parts of the world that were filmed in South Africa, like the films Holiday in the Wild and Last Days of American Crime as well as global Netflix series, Sacred Games, The Crown, Black Mirror and Kissing Booth (1 & 2). Through these stories that transcend beyond Mzansi borders, the local creative industry has benefitted, on and off screen, from the opportunity to showcase their art and talent on a global stage. Each production resulted in the support for local businesses and entrepreneurs - the full supply chain of creating a show includes local stylists, make-up artists, etc - which ultimately leads to a positive economic impact in the country.

“As we continue to lure the world to our beautiful country in these trying times, we have to look at non-traditional tourism partnerships as a source of driving arrivals,” explains Sisa Ntshona, CEO at SA Tourism.

“Netflix reaches millions of eyeballs globally, and by working closely with Netflix, we are able to latch onto a massive opportunity to influence the audience to think more closely about South Africa and thus convincing them to visit our country.”

The partnership will also see SA Tourism working closely with Netflix in promoting the country’s must-visit sights through its locally-produced series into international markets.

“We have 11 global country offices and there will always be opportunities for our international offices in key source markets to latch onto opportunities to showcase South Africa through the title Netflix launch,” adds Ntshona.

“This past year, when entertainment mattered more than ever, our 204 million members around the world connected with new worlds, and most importantly with each other, through stories from South Africa and across the globe,” says Ben Amadasun, Netflix Director of Content in Africa.

“Storytelling is a powerful tool that can foster connection and understanding while creating greater affinity towards a culture or place. That’s a big responsibility and at Netflix, we don’t take that lightly. It’s why we value this important collaboration with SA Tourism as it will help us create more opportunities to support local creatives as they showcase the beauty of South Africa through their stories delivered to millions of entertainment fans around the world on Netflix,” adds  Amadasun.

Going forward, the partnership will explore various opportunities and initiatives that will go towards showcasing South Africa, not only to South African audiences but also to global members of Netflix. More on these initiatives will be revealed at a later date.

Netflix is the world's leading streaming entertainment service with 204 million paid memberships in over 190 countries enjoying TV series, documentaries and feature films across a wide variety of genres and languages. Members can watch as much as they want, anytime, anywhere, on any internet-connected screen. Members can play, pause and resume watching, all without commercials or commitments.

Theo Nel at Eclipse Communications on behalf of Netflix

As is now well known, there has been sharp criticism levelled at a locally produced version of a reality television show, and in particular, the quality of the post-­‐production. On the one hand this is good news. South African audiences exposed to world-­‐class series and movies have increasingly high expectations of all aspects of a show from casting and locations to sound and lighting quality, and these expectations should be met. However, as the South African Guild of Editors (SAGE) we would like to focus our comments on the critical role that editors play in the process and how short cuts in the pre-­‐ production and shoot structure itself have a significant and negative impact on the final product.

Most editors work long hours in a financially unpredictable industry out of passion for their work and commitment to excellence. But increasingly we are seeing a worrying trend in which post-­‐production teams often face insurmountable obstacles to delivering quality work. These include reduced fees, 18-­‐ hour working days, six-­‐day working weeks and impossibly tight schedules. But it is when this demand on human resources meets inadequate technical infrastructure and pre-­‐production planning that the process goes irretrievably awry.

The audit of any production that has come under fire is likely to expose fault-­‐lines early in the process. Whether these include on-­‐set technical problems, inexperienced producers or the absence of a senior technical engineer, the net result is a critical bottleneck for a post-­‐production team. The franchising and re-­‐versioning of international reality shows for the South African market is not new, nor is producing these shows with half the number of editors in a fraction of the original timeframe compared to their international counterparts. This latest backlash to the post-­‐production professionals working beyond what are considered safe and healthy conditions, is an accurate reflection of a system that urgently needs re-­‐evaluation.

What has been aired therefore, can in no way be judged as a true measure of competence and calling for editors to be fired and publicly naming them in social media posts is unfair and potentially destroys reputations and livelihoods when the real responsibility lies much further up the line. There is nothing to be gained by this and a great deal to lose not the least of which is the reputation of the South African industry as a whole.

It is disappointing that both the production company and broadcaster did not speak up for the post-­‐ professionals whose reputations were publicly defamed. All they could muster was a public apology claiming they “are working tirelessly to fix things”. It is unfortunate that the statement failed to acknowledge that the issue was not with the degree of physical effort needed, but with the sanctioning of an unachievable timeframe proportionate to the number of people hired.

The reputational damage caused by decisions made beyond the post-­‐production professional’s control is part of a bigger industry picture of abusive employment and contracting practices. This recent situation only mirrors the serious problems that beset the South African film industry today. 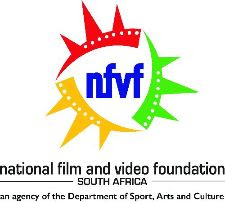 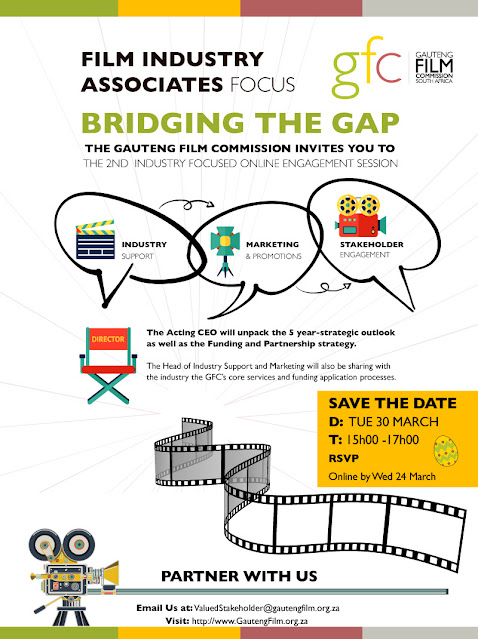 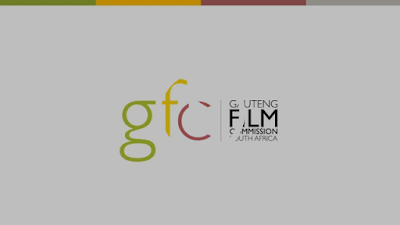 As the GFC, we value your cooperation as fellow film industry participants.
We look forward to working together on various aspects of the film business to improve the standard of South Africa’s, and Africa’s film production.
Yours in film,
Mak Mogoba
Strategic Planning and Stakeholder Manager
Gauteng Film Commission
35 Rissik Street, Johannesburg, 2108, South Africa
PO Box 61601, Marshalltown 2107,
Tel: +27 (0) 11 833 0409
E-mail: valuedstakeholder@gautengfilm.org.za
Web:  www.gautengfilm.org.za
Posted by SASFED at 3/23/2021 09:02:00 AM 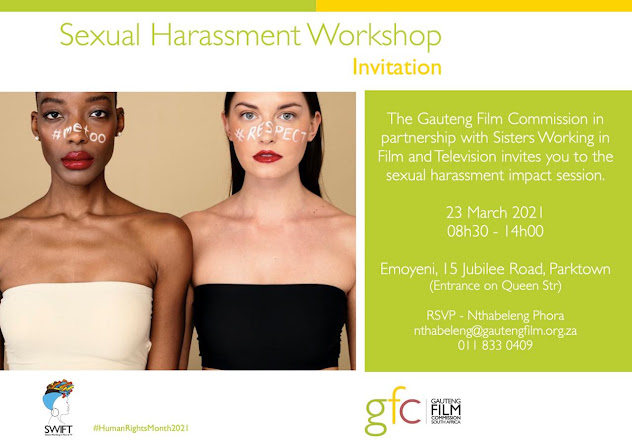