Council members are appointed to serve a single term at a time, but may be successively appointed for an unlimited number of terms, except for the Chairperson who may not serve more than three years in succession.


Mandated representatives of member affiliates of SASFED may be changed at any time at the prerogative of the affiliated member and so actual council members may change at any time during the year.

The Council elect from among their number at least the following office-bearers on an annual basis at the AGM: 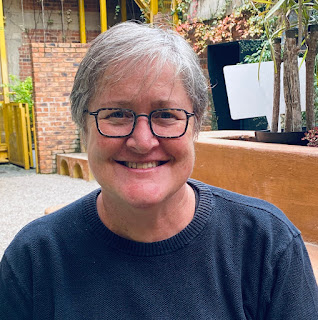 Tarryn Edwards: Co-Chairperson
Tarryn matriculated at Hudson Park High School in East London and graduated with a degree in education from the Nelson Mandela Metropolitan University (NMMU) in Port Elizabeth. After teaching in various high schools and training teachers through a non-government Organisation called READ, she joined Contractors Artists Agency in Johannesburg in 2003 and is a shareholder in the company. She is a member of the Personal Members Association (PMA) Executive Committee, a member and on the National Steering Committee of the Theatre and Dance Alliance (TADA) a member of SWIFT.
Quinton Fredericks: Co-Chairperson 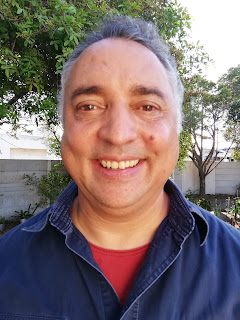 A highlight of his 16-year career as filmmaker occurred in 2007, when his company, Pitch Black Films
won a SAFTA for the 58 part documentary series titled What’s Your Story? A number of other documentaries, short films etc. have subsequently followed, including the powerful coming of age
documentary, Vision to Dream, screened at Encounters International Documentary Film Festival.
He is currently working on a feature length documentary, Imprint of the Ancestors to explore and understand his roots as a mixed race person (so-called Coloured), and also developing his first feature film with a first draft script completed. Since 2015, he has managed the CSI after-school programme on the Cape Flats for Kalahari Film and Media, teaching film and television production to learners in schools most impacted by gang and drug violence. This in recognition of the fact that these learners may never be able to afford attendance at a film school and require alternative means of access to the industry.
In 2004, as the training coordinator for a number of disadvantaged learners on the IDC funded SA- Canadian co-production sci-fi series, Charlie Jade, he pioneered one of the most innovative and coherent skills development interventions for aspirant black filmmakers and other industry professionals. The Film Industry Learner Mentorship Programme (F.I.L.M.), a partnership with some of the top production companies in the country has been in operation for more than ten years with some 400 learners graduating from it. In 2006, he was elected chairperson of the Working Group on BEE and Transformation under the auspices of the then Cape Film Commission. This body produced a number of draft strategic interventions in terms of the ongoing transformation of the SA Film and Television industry. 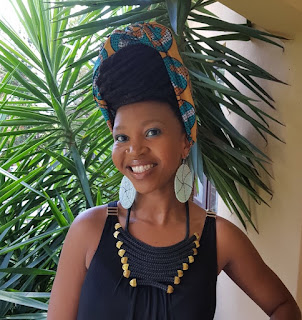 Basiami Segola: Vice Chairperson
Basiami has had a 17-year career in the film industry in production and post-production sound where she has worked as a sound designer, sound editor and supervising sound mixer on over 20 feature films, documentaries and series, including Hear Me Move for which she won Best Sound Design in a Feature Film at the SAFTA Awards in 2016. Her other notable work has included the first African Netflix series Queen Sono, and critically acclaimed feature films such as Roepman, Ballade vir ’n Enkeling, Noem My Skollie, District 9 and The Tokoloshe. During her film career, she branched out into studying law with the aspiration to eventually produce feature films, which she has begun transitioning into. Basiami currently holds a BA Honours degree in Motion Picture Medium from AFDA, a Bachelor or Laws degree (LLB) from the University of South Africa and is an Exco member of the IPO.

Nyasha Matewe: Treasurer
Nyasha is the Head of Finance at Natives At Large, a leading Johannesburg based film production company. Having joined the company in 2017, he has overall oversight and control of the finance function including accounting, reporting, audit, tax, budgeting and forecasting, analysis, cash management, corporate finance and compliance.
Nyasha has, in the past 10 years, been intimately involved in volunteer organisations - firstly, with Rotary International as a Services Committee member and secondly, with a church organisation as its Treasurer.
Nyasha is a graduate in accounting science (BCompt) from University of South Africa (UNISA) and has had an extensive career in banking and finance spanning over 18 years.
A Fulbright scholar with an LLM from UCLA, Unathi’s work has been in the creative industries (she has worked as an Entertainment Lawyer then Creative Industries Consultant) and has spanned across a variety of platforms and territories leading to a full understanding of various media platforms and their most effective uses. Having moved from Deneys Reitz (now Norton Rose Fulbright) unlike many Entertainment Lawyers her work has not only covered the whole gambit of the creative and content industries: film, television broadcasting, music, visual arts, publishing (including web), theatre, dance, live events, sport etc. but has further incorporated many diverse aspects such as education, sponsorship and funding, rights strategies, trade exchanges, licensing programmes, product placement, drafting, negotiation and project management. She has, moreover, been involved in running Legacy Programmes – structured training and learning project-specific programmes for the disadvantaged.
Whether she is speaking at a World Intellectual Property Organisation’s (WIPO) Seminar, or rendering commercial or production legals for the African Union, AFCON or 2010 FIFA World Cup Ceremonies, working on the Lion King Theatrical or international co-productions motion pictures such as Blood Diamond, Unathi’s experience in diplomatically negotiating international agreements, promoting South Africa and its business and cultural competitive advantages, along with the established global networks she has maintained, has provided her with an ability to understand and respect the practices, customs and values of other individuals and cultures and to see diversity as beneficial to any relationship and organization.
These people then make up the fiduciary part of the Council for the 2022/2023 year.