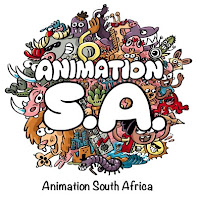 We were founded in 2006 by a group of like-minded animation industry professionals who came together to create a culture of knowledge-sharing in South African animation. We currently have two chapters, one in Cape Town and one in Johannesburg.

Relaunched in 2015 with a new board of directors elected by our member-base, our vision is to nurture a vibrant, sustainable and transformed Animation and VFX industry for South Africa, offering a diverse range of content and services that is unique and globally competitive.

Our mandate is to facilitate the growth and evolution of South Africa’s animation industry by:

Profile:
The Independent Producers’ Organisation is a voluntary organisation that aims to represent, promote and protect the specific needs of producers. The aims and objectives of the IPO can be summarised as follows: To represent and promote the economic and cultural interests of the South African film, television, and video production industry locally, continentally and abroad. To develop, support and implement growth strategies for the industry to increase local, continental and international markets. To promote the development and establishment of aspirant and emergent producers and production companies. To overcome historical disparities within the industry, based on race, gender, disability and sexual orientation. To promote the industry for the good of the broader South African economy. To promote a stable and viable industrial environment within the industry. To encourage professionalism and high technical and creative standards in the industry. To keep producers at the forefront of technological, economic and cultural changes. To interact with and create negotiating channels and standard agreements with related industry organisations (e.g. actors’ and crew unions, writers’ and musicians’ guilds, broadcasters, distributors, etc.). To regulate relations between members and employees or trade unions. To promote health and safety standards for the industry. To play a key role in education, training and enhancement of skills within the industry. To inform and enlighten non-industry organisations (e.g. educational institutions, government bodies, financial institutions, etc.) about the industry.

Profile:
The South African Guild of Editors is a voluntary, non-profit organisation which represents film and video picture editors, assistant editors and sound editors. SAGE has become a recognised player in the film and television industry.
With more than 100 active members, the guild represents most of the best talent in the feature film, TV drama, documentary, insert, on-line and sound editing in South Africa today.

SAGE aims to promote the art of editing.  We represent post-production professionals interest at industry and government levels.